Teaching Kids To Shoot With Confidence And Safety

The approach you take about teaching kids to shoot so that they enjoy firearms comes down to one simple reality: looking at it from their perspective instead of from the perspective of an adult.

Believe it or not, that was my greatest transformation as a dad; learning to see the event, the hunt, or the time at the sporting clay range from the eyes of a kid rather than from where I stood.

Today, let me walk you through a few shooting drills that can make your next trip to the range, or the next outing on the farm to go and blast some clays, something that they walk away from toting nothing but smiles.

The Fundamentals Of Fun

Assume nothing. This was a massive learning curve for me, and it still is to be candid.

Never assume anything on their part. Teach them often the language of firearms. Walk them through what each part of a gun is called as in, "This is called the stock. This is called the trigger guard." It takes only seconds and it reinforces familiarity with guns.

When it came to teaching kids to shoot, consistent education about the gun itself is the most important thing I tended to overlook. However, it’s so easy and you can do it anytime.

While we are on this topic, I'd remind you to keep it short.

5 to 10 minutes in education is all you need. Remember, you’re trying to build familiarity. And familiarity breeds confidence. And confidence is what you want. You want them confident handling a firearm.

Choose Good Weather. There's nothing worse than a kid freezing while trying to do something fun. Standing in the baking sun for an hour while on a dusty shooting range doesn't render good vibes when teaching kids to shoot. Pick your outings with wisdom.

Take food. I've never seen a kid that didn't like junk food. It's not something we do a ton of in our family, but we will splurge from time to time. It’s amazing what a Gatorade and a few items of junk food can do to repair a bad day of memories on the range if they miss everything they attempt to shoot. A candy bar can cover a lot of ground!

The Fundamentals Of Shooting

Focus On Good Shooting Form. Every kid, including my two boys, seems to get all bunched up when they hold a shotgun or a rifle, especially in the beginning stages. It has to do with the weight of the gun.

Even though our Mossberg youth firearms are not that heavy, there's only so "light" you can go when crafting something made of steel!

Take a look at this photo below. It's my oldest son, Cole.

This is "poor form."

Notice how he's leaning back and holding the gun almost as if he's trying to hold it up from the weight. The problem with this approach is that once he pulls the trigger, he's taking the full brunt of the recoil using this (bad) posture.

All of the gun's recoil is coming back onto him, and it's not going to be fun. Moreover, it's nearly impossible to be accurate with you shooting from this "bunched up" position.

Now, look at this next photo.

Notice how he's standing with confidence. He has his weight 60% on his front foot, 40% on his back. Now the recoil is greatly reduced because of proper posture, grip, and balance.

Always make sure your kids learn proper shooting form. It'll make all the difference in the world.

Start With Easy. I'd suggest 3 shots at a paper target to start. Don’t let them shoot a full box of shells at a paper target. Their shoulder can’t take it and they’ll quit. And they may NEVER want to come back.

I cannot stress this enough. They may honestly quit.

A friend of mine has a daughter who is now 17 years old. When she was 7 years old, she wanted to shoot a shotgun. He had asked her many times, and finally, she said yes.

They live out in the country, and so all they had to do was walk out to their back yard.

He set up a paper target. Walked about 15 yards away and set her up . . . all 60 pounds of pigtails and grins held up that turkey gun.

He then placed a full-sized, adult model 12 gauge gun in her hands, loaded a 3" magnum turkey load, and told her to let it fly!

The recoil knocked her down.

Trying to be tough for her daddy, she got up, choked back the tears running down her face from embarrassment, and from honest pain, and said "I'm finished dad."

And finished she was.

To this day, she's never touched a gun again.

It's tragic. He's honestly a great dad, but he didn't think it through in the least.

When it comes to teaching kids to shoot, 3 shots with a light target load, in the beginning, is enough to orient them and build confidence without pounding them to the point of pain.

Blow Something Up. Water bottles are easy and cheap to let them break something and see instant feedback on their work. Clay pigeons work great, too.

Photo from Do-All. Click the image to see the product.

We tend to gravitate to targets that move once shot like the Paddle Wheel Ground Bouncer from Do-All. We've had great fun with this one because it's erratic and yet self-seals upon getting shot.

Blow Something Up. Water bottles are easy and cheap to let them break something and see instant feedback on their work. Clay pigeons work great, too. 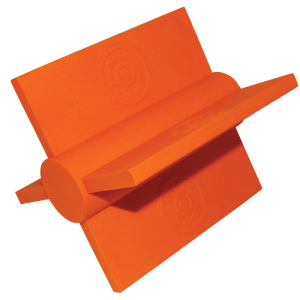 We tend to gravitate to targets that move once shot like the Paddle Wheel Ground Bouncer from Do-All. We've had great fun with this one because it's erratic and yet self-seals upon getting shot.

How To Teach Kids To Cycle A Shell

Start Stationery With One Round. I’m a huge advocate of “one and done.”

That is, they shoot once, and they do not use the pump to cycle a shell. It’s just safer.

After 2 years of duck hunting, my son was ready to cycle a shell. The way I taught him how was to put 2 clay pigeons about 10 feet apart on a log. He could shoot one, cycle the shell, take his time and reposition his aim at the second target, then shoot it.

No pressure. Nothing was flying. No disappointment if he missed. It was a safe, controlled environment.

Upgrade To One Stationery, One Moving Target. After they master the stationery shooting concept while cycling a shell, they make it fun.

Teaching kids to shoot doesn't have to be complicated. Sometimes you just need to mix up the pace.

Tell them to speed it up and just do it faster. Perhaps then work in some movement. I’d often let Cole shoot one clay on the log, then throw one with my hand out in front of him. So the way he had a stationery one to build confidence, then a flying one for fun.

Move To Complicated On When They Need A Challenge. When you see that your son or daughter is getting too familiar with shooting a few targets, make it harder, but only when they can take it. In terms of teaching kids to shoot, you need to make sure you keep it interesting. Their attention span is far shorter than yours in most cases.

Always Finish With Victory. I always, and I mean always, end with one simple shot where either of my boys can walk away with a victory. I want victory to be the last thing they remember after a day on the range.

I most always do this when duck hunting, too. I let them shoot at a dirt clod or a bottle of water after the hunt. Anything to let them pull the trigger and win.

I learned this from growing up the son of a PGA Golf Professional. I would spend huge chunks of time on putting green, working drill after drill for hours. However, my dad always made sure I finished with one, solid 3-footer that went straight in the hole with authority.

It’s amazing what "finishing on a good one" will do for what they remember and take away from the shooting session.

Not long ago I put together a youth shooting tips video to take this a little deeper. Here is below.

Hey, if you wouldn't mind, share this in your Facebook status or email it to a hunting buddy. I guarantee you if they are a parent, it will help them keep the youth shooting sports safe and fun to build the legacy they are working so hard to instill into their children. 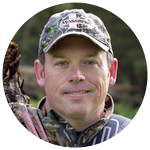 This week on the Mossberg Blog, we wanted to take you behind the scenes to meet one of our team’s...