Last year, Richard Mann's son, Bat, hunted for the first time in Africa with his dad using one of our first Mossberg Patriot rifles. His first shot of that safari was at a warthog, but he missed.

Not the case this year: his first shot put the first meat of this safari on the pole!

Bat adds, "I was in Africa last year and my first shot was also on a warthog. Last year I missed my first shot, I made sure that wasn't the case this time."

Onward: And now with his trusty Patriot at his side, this young man has sights set on kudu, hopefully recreating his success from last year.  We look forward to hearing more from the Africa front!

NOTE: This week our Media Relations Director and industry friends are in Africa at Fort Richmond Safaris.  We’ve enlisted them to keep us posted with images and stories of their adventures... 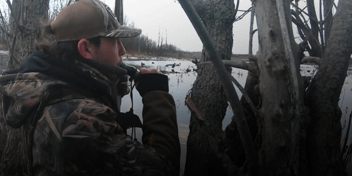 The crew heads out to a public marsh that has been holding a bunch of birds for their second split....

The boys are kicking off the 2022 season of Spring Collective down south in Mississippi! They have... 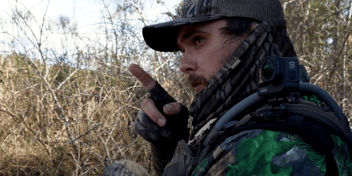 In search of a change of scenery and some gobbling birds, the boys head down to Mississippi.