7 Best Long-Range Cartridges of All Time 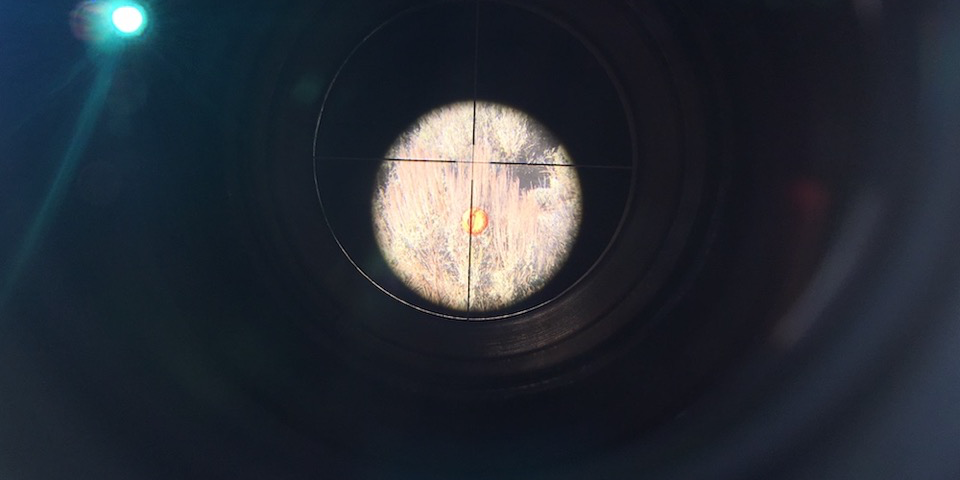 More than ever, there’s an increasing following of shooters eager and willing to stretch the distance on their shooting pursuits, whether that’s in a Precision Rifle Series (PRS) competition or search of a game. Not surprisingly, there’s a host of innovative gear—from scopes, custom elevation turrets, rifle stocks, and range finders—that make extreme distances more attainable for the average rifle marksman.

On the cartridge development side, there’s also a growing number of high-performance loads on the market today that are capable of mind-blowing velocities and flatter trajectories, as well as bullets that will perform at extended ranges. The downside for many of these new hotrod cartridges, like the 6.5-300 or the 26 Nosler, is they burn an insane amount of powder, diminishing barrel life and sending prices on a box of ammunition through the roof.

Fortunately, there’s also a host of tried-and-true factory loads that are more than capable of tackling longer distances, perfect for the budget-conscious shooter. Generally speaking, these loads are widely available, relatively affordable, and come in a variety of bullet types.

From all sizes of game to competition, here’s a look at the seven best long-range cartridges of all time:

First chambered in the early 1960s for the Model 70, the .300 Win. Mag. has found a home among long-range shooters of all stripes, from military to sporting applications. Introduced just a couple of years after the .338 Win. Mag., the Mighty 300 quickly proved itself on North America’s toughest big game animals, especially when the distance was a factor.

Capable of pushing 200-grain bullets at 2,800 fps, the .300 is an ideal choice for elk, moose, and larger-bodied species. One of the best dressed of Mossberg’s rifles, the Patriot Revere comes in .300 Win. Mag., making it the perfect Western big game rifle. Featuring Premier 2.0 Grade European walnut, the Revere rifle comes with a rosewood grip cap with a maple accent and a monogrammed Mossberg “M” on the end cap. Oil finished, the stock is accompanied by fine line checkering and a rosewood forend tip. Weighing just 7 pounds, the Patriot is great for all-day carry afield.

Maybe the hottest cartridge to hit the streets in the last decade, the 6.5 Creedmoor is the brainchild of the genius folks over at Hornady. Introduced in 2007, the Creedmoor achieves the feat of seating a longer bullet in the same short-action, .308-standard magazine, either in bolt-action rifles or the AR-10-type platform. And as long-range shooters have long-known, 6.5mm bullets are inherently accurate at range. While other 6.5s have remained popular in the specialized world of long-range shooting—the .260 Rem. and 6.5-284 Norma come to mind—none has caught on quite like the Creedmoor.

To keep pace with this trend, Mossberg offers the Creedmoor in a wide variety of rifle platforms, from the Patriot Synthetic Cerakote to the brand new MVP Precision Rifle. The MVP Precision is ideal for long-range competition, with a weight of 10 pounds on a chassis platform and a 24-inch barrel for optimal accuracy. Accepting Magpul-style magazines and featuring an adjustable cheekpiece/butt pad, the MVP Precision rifle is an affordable entry ($1,407) into the competition world.

The .308 may not be the sexiest long-range cartridge on the market, but it’s one of the most widely available, time-tested, and beloved cartridges in American history. Introduced by Winchester in 1952, the cartridge was also adopted as the 7.62x51mm NATO military round in 1954. Nearly equal to the .30-06 in power but capable of being seated in a short-action, short-barreled rifle platform, the .308 has proven itself at extreme distances (more than 1,000 yards) and among North America’s big game hunters. An inherently accurate cartridge, the .308 sends a 150-grain bullet at roughly 2,800 fps. It produces relatively mild recoil for a .30-caliber rifle, depending on the platform, and is widely available in bolt-action and semiauto AR-10-type rifles. 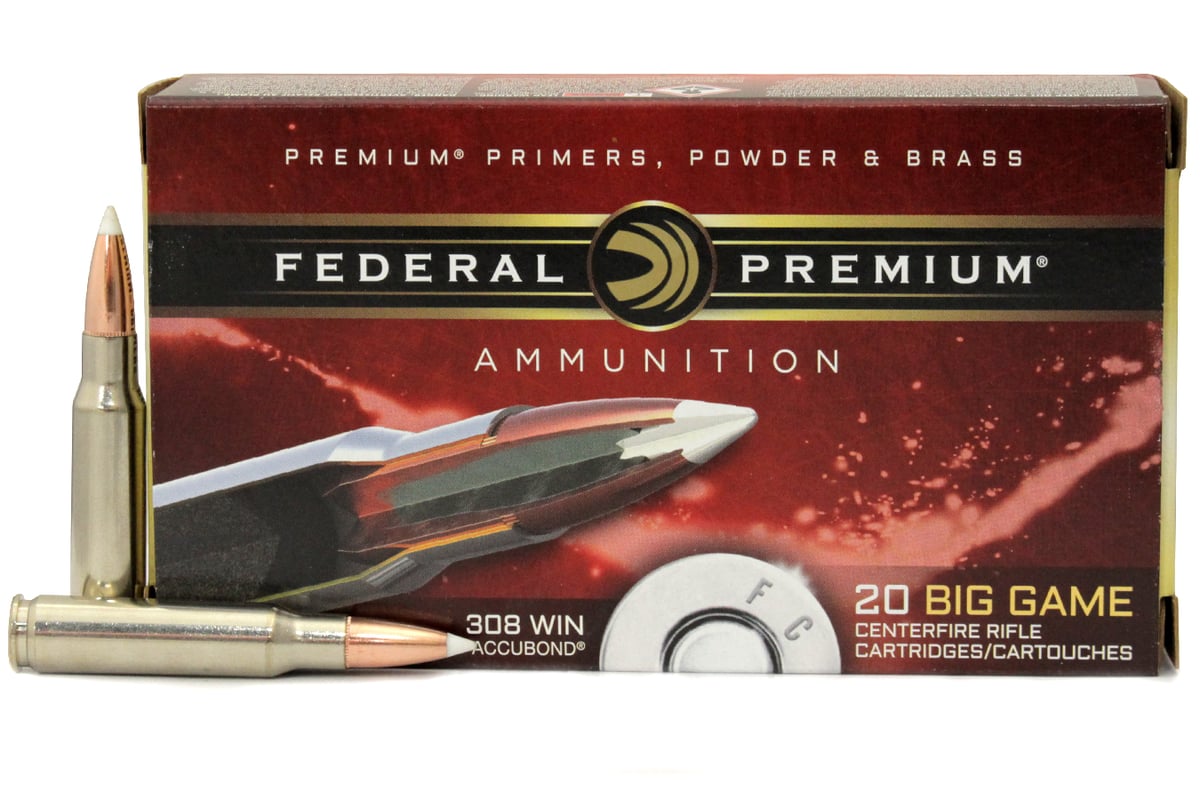 For the traditional bolt-gun hunter, the .308 is available in Mossberg’s Patriot or MVP Series rifles, or for those looking for a lightweight chassis platform, the MVP-LC. New for 2018, the MVP-LC in .308 features a compact 18.5-inch barrel, threaded barrel, and adjustable length of pull (11.25-14.5 inches). For the weight-conscious hunter or shooter, the rifle comes in at a nimble 7.75 pounds (unscoped).

Introduced in 1962, the 7mm Mag. is an extremely capable long-range hunting cartridge, and it has been the favorite of many custom rifle shops that specialize in distance shooting. Bullets in the 160-grain-range are exceptionally popular for elk and deer, with velocities above 3,000 fps. All the major long-range bullet designs feature a 7mm Mag. variant, from bonded to solid copper bullets. Flat-shooting and capable of delivering tremendous energy on target, the 7mm Mag. is easily a 1,000-yard rifle, given the right setup. That’s not to say every shooter—or even most shooters—is capable of pulling off that feat, but it gives the rest of us confidence at manageable distances of 400 or 500 yards.

Inherently accurate, widely chambered, and affordably offered by every major ammo manufacturer, the 7mm Mag. is a proven long-range workhorse, and it doesn’t destroy barrels like many newer hotrod cartridges. The Patriot Walnut rifle is available in 7mm. Mag., wedding a traditional look with one of the most classic big-game cartridges of all time. With a 22-inch barrel, an overall weight of 7 pounds, and a Lightning Bolt Action (LBA) trigger, the Patriot is the perfect take on a big game cartridge legend.

Released in 1925, the .270 broke new ground in terms of long-range hunting capabilities, especially compared to the cartridges available in its day. Based on a .30-06 parent case necked down to .277 inch, the .270 was championed by Jack O’Connor and, as a result, became one of the all-time favorite North American hunting rounds. The .270 is capable of launching a 130-grain projectile at more than 3,000 fps, as impressive today as it was back in the 1920s. Because of its popularity, the .270 is available in almost every major rifle model, yet doesn’t always get the love when it comes to long-range pursuit. If you’re looking for an all-weather, mountain-ready rifle, the Patriot Cerakote is an ideal fit. Chambered in .270, the Cerakote model offers premium protection against the elements of the West, and it weighs just 6.5 pounds, making it ideal for extreme mountain hunting. A 22-inch barrel provides exceptional accuracy, as does the LBA trigger. A synthetic stock won’t swell or shrink with changing moisture in the air, improving accuracy and long-term durability. 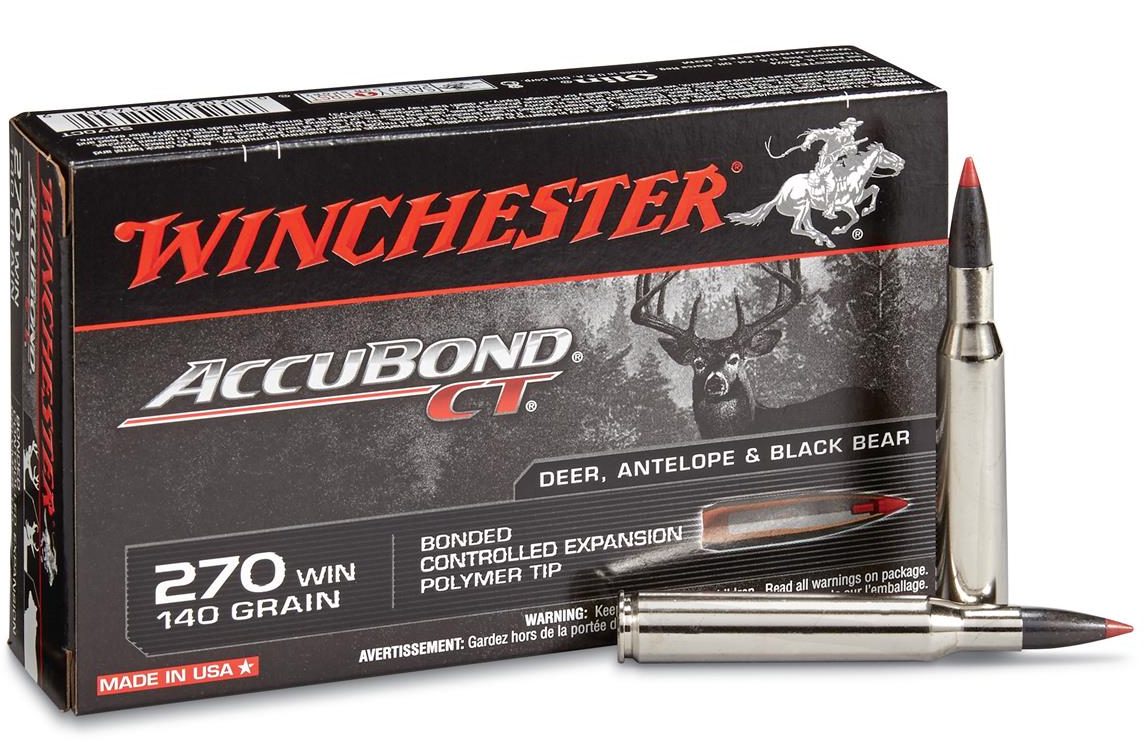 Last but not least, there’s a long-range cartridge on this list for the avid varmint and predator hunter. The .22-250, which features a .250-3000 Savage case necked down for a .22-caliber projectile, was commercialized in 1965 but existed as a popular wildcat cartridge well before that. One of the best performings of the .22-caliber centerfires, it is also one of the most long-range capable, proving effective to 400 yards and beyond. Renowned for its inherent accuracy, the cartridge has also seen time at the benchrest. 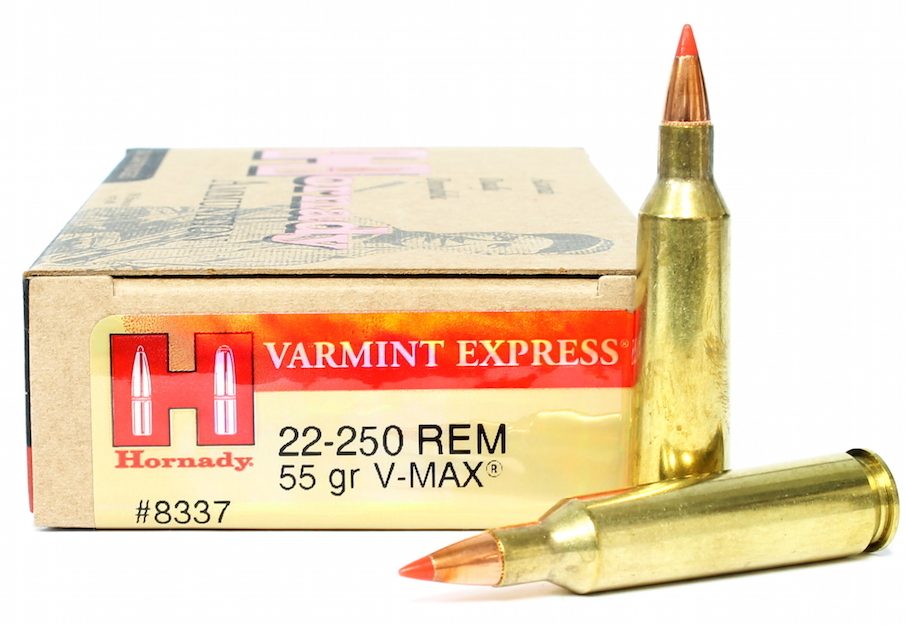 A 55-grain is capable of velocities around 3,600 fps, making it extremely lethal on coyotes and similar-sized games. Available in the Patriot Synthetic rifle, the .22-250 is lightweight (6.5 pounds) and features Weaver-style bases for easy scope mounting. A five-round, detachable magazine makes a safe truck carry a cinch, while an LBA trigger allows for accuracy at the extended range on relatively small targets like coyotes and bobcats.

The brainchild of perhaps the greatest wildcatter of all time, the .280 Ackley Improved (AI) is perhaps the biggest stud in P.O. Ackley’s stable of cartridges. A famous gunsmith, barrel maker, and professor, Ackley improved upon several cartridges, including the 7mm-06, which was a necked-down version of the .30-06 case. After fire-forming it for less taper, Ackley added his now-famous 40-degree shoulder.

Years later, Ackley applied the same concept to the .280, fire-forming brass and added a 40-degree shoulder. What was born was the .280 AI, an admired favorite among hand-loaders until 2007, when Nosler registered the cartridge with SAAMI, with slight modifications. Capable of sending a 160-grain Nosler AccuBond downrange at roughly 2,800 fps, the .280 AI is about 100 fps faster than the standard .280, and just shy of the 7mm Mag. in terms of performance. It is a favorite among mountain hunters, particularly when elk, deer, sheep, or goats challenge shooters with longer shots. Hornady also loads for the .280 AI in the Precision Hunter, long-range-friendly line. 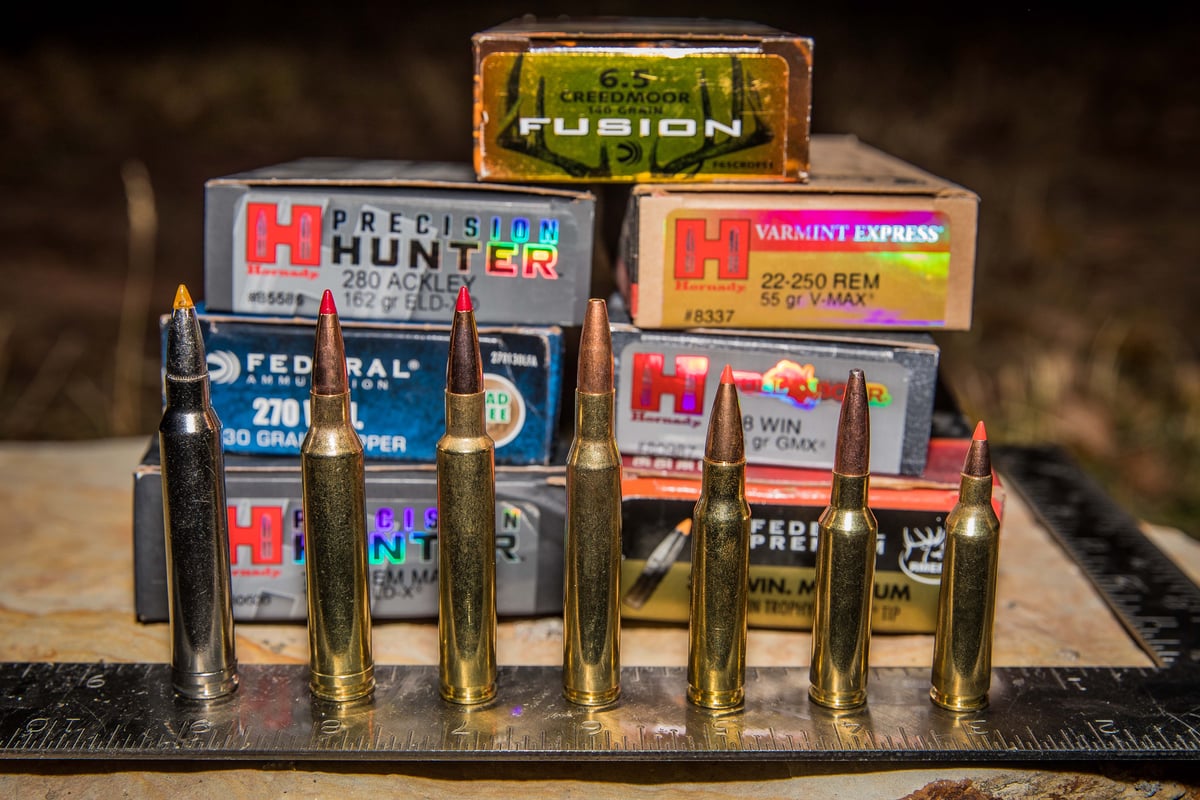 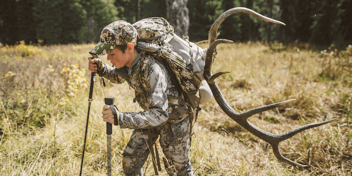 How to Prep Your Child for Their First Hunt - Part 2

Heading to the woods with your son or daughter for their first hunt without proper preparation can... 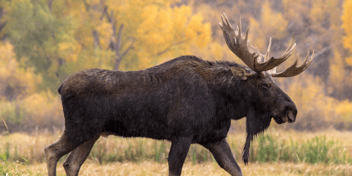 On a recent cold-weather coyote hunt on the Eastern Plains of Colorado, I sat hidden among a sea of...