Predator Calling: Too Much, Too Loud, & Too Often 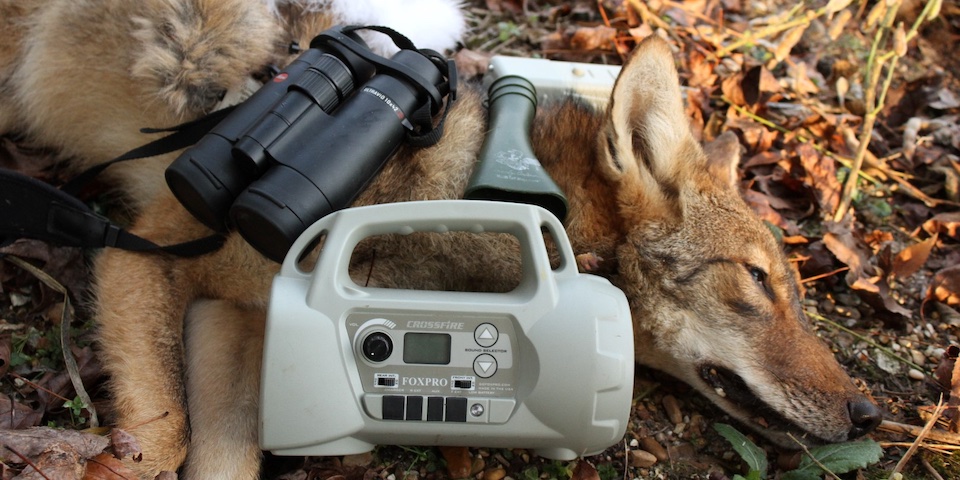 Back in my early days of predator calling, I would sneak a battery-powered stereo - I think we called them a boom box - out of the house to use in my efforts to call up a coyote. The only requirement for this not-so-portable calling system was that it could play a bootleg copy of rabbit in distress sounds on a cassette tape.

Our setups would consist of me and a few buddies sitting down with guns in our hands and cranking up the speakers on that boom box as loud as they would go. We wanted every predator in the county to hear our sounds. The louder the better. We never found success in those early days utilizing such methods. Looking back all we can do is laugh. What we failed to realize is that calling too much, too loud, and too often can be detrimental when calling predators. Here’s a look at how you can avoid making these same mistakes.

When it comes to call, I always try to encourage hunters to envision every animal in distress they’ve ever encountered. How did it sound? Was it a non-stop wailing sound?

No, probably not. Most likely it was quick, desperate, and erratic. It was something in panic and distress. It’s the sound of something that wants to scream and be silent, all at the same time. Remember, the small prey animal you are trying to mimic, be it a bird or a deer fawn, can’t scream endlessly with the sounds of distress. Make it short, fast, and then taper the sound off. You want to make it sound like something that’s hurting, screaming, and running out of breath. Visualize the sound you’re trying to make. There should be emotion in the call. It should sound like something in trouble and running out of life. Not like some annoying kid with a party horn that won’t shut up. 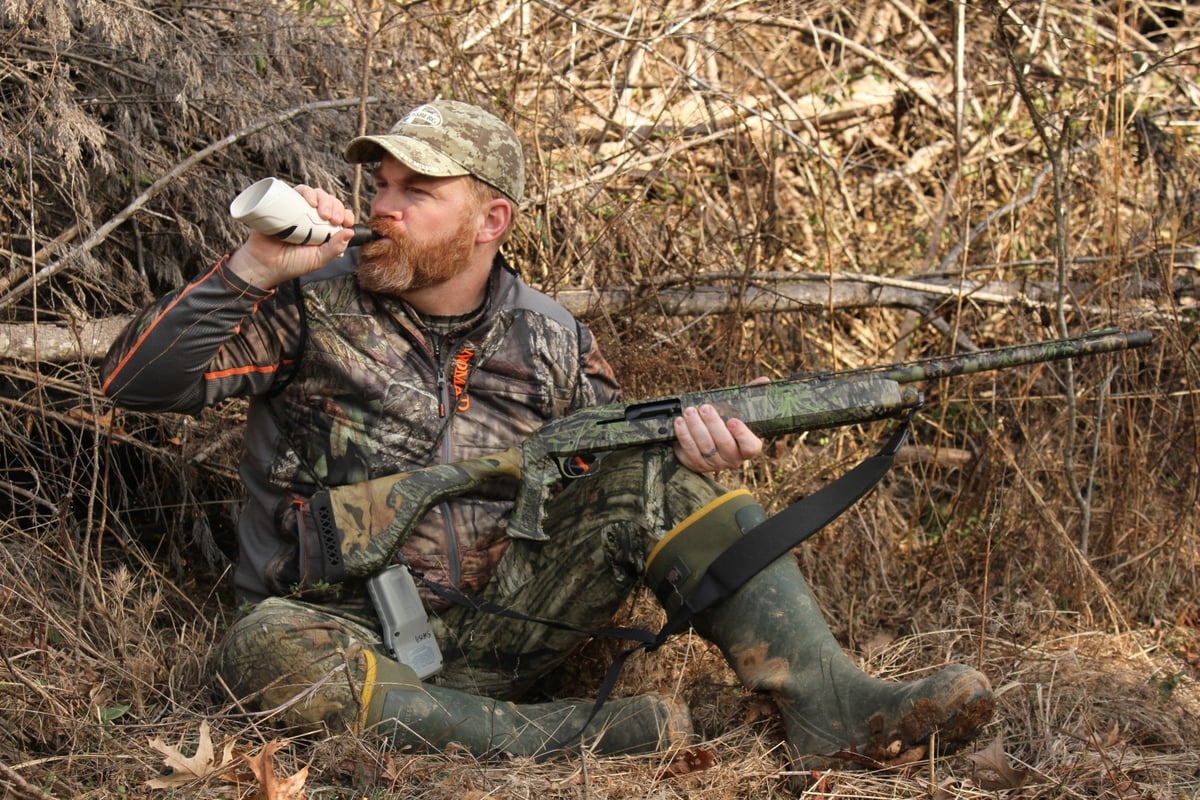 Brodie and his Mossberg 930 with a pistol grip. Say what you need to say with your call and then put it down. Calling too much can hurt your chances for success.

One of the easiest mistakes that predator callers make is calling too loud. It’s an honest mistake. We like to think that we need to put as much volume into the air as possible to reach the ears of coyotes a mile away. And while that may be true, think about the number of coyotes that may be just over the next hill, or bedded just inside the brush 150 yards away.

Don’t blow these short-range opportunities out by calling with enough volume to reach coyotes miles away. Remember, a rabbit has a lung capacity the size of your fingertip. He is not capable of making long, ultra-loud wailing sounds. Predators know that is not realistic when they hear it up close.

Unless you can see that there are no predators in close range, always begin each calling set with a lower volume calling scenario. Always assume you have a prospect in close. I can’t count the times I’ve called up coyotes that charged within shotgun range within seconds of the first sounds of our call. We snuck in undetected on these hunts and unknowingly set up on a coyote that was hanging out within 150 yards.

Start your calling set with soft calls, and then crank up the volume with each series of calls if nothing responds.

Again, consider a prey animal that is running out of breath as it cries in distress. It will wear down, get quiet as it rests, and then go back into calling out as panic and distress once again set in. I like to call for 30-60 seconds and then stop for a minute to watch for an approaching predator. I want that predator to respond while I’m in between the calling series.

That way I can be on my gun and ready for the approach rather than being caught off guard with a coyote charging in while I have a call to my mouth. Also, if a coyote enters the field in the middle of your calling routine, he will typically pinpoint you immediately if you are using mouth calls. Calling less often makes him hunt you harder, coming further into your calling setup. 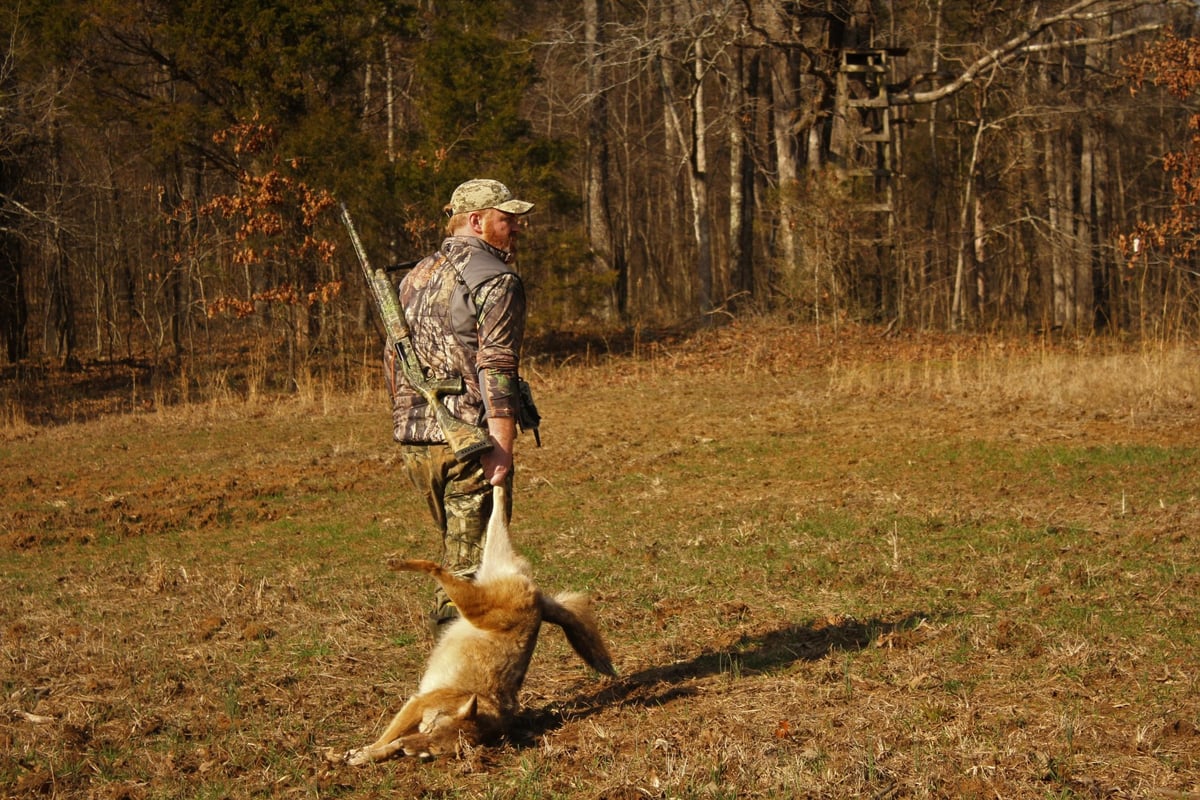 Avoid calling too often, and you’ll walk out with more fur.

When it comes to calling predators, less can often be more. Don’t fall into the trap of calling too much, calling too loud, and calling too often. Paint a picture in that animal’s mind with the natural sounds of distress and you’ll walk out of the field with more predators than ever before.

Turkey Calling: Why Position Matters as Much as Call 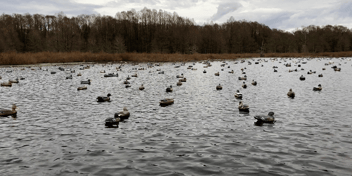 Duck Calling Has One Inconvenient Truth

How to call ducks and the fundamentals of duck calling are about as wide and varied in opinions as...

Turkey calling and mirroring a hen simply comes down to realism. Today on the Mossberg Minute,...