Well of course I’m going to say great things about the 590A1, it’s the Mossberg Blog, right? Well yes, but here’s the thing: I carried the 590A1 for months in Iraq. I trusted my life to it and throughout several firefights, it never let me down.

I was already a fan of the design before I got called up in late 2002. As a Police firearms trainer as well as a USMC Primary Marksmanship Instructor I had plenty of experience with pump-action shotguns, and the 590A1 was always a favorite because it is such a beast. Easily manipulated, all-steel safety that doesn’t require the shooter to contort their hands, and bet-your-life reliability. I don’t use the term “bet your life reliability” loosely: I did bet my life on the Mossberg and it never let me down.

In this case, riding backseat in an unarmored Hummer towards a little city called Sumar on the outskirts of Baghdad. We had received some information that the local Baathists (Saddam’s boys) were making life miserable for the locals, and we were on our way to do something about it. Yes, Marines look for trouble. 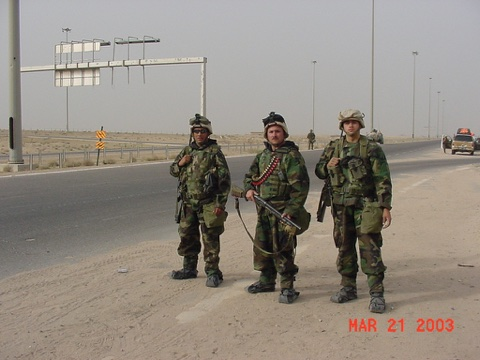 Author (center) in Baghdad, during his years of service

On the way into the city, I caught some movement out of the corner of my eye from the window of a large building. As I turned to look, I saw numerous men with Ak’s crawling out the window and running around the building. Realizing that they were trying to set up a hasty ambush, I called it out and jumped out of the slow-moving Hummer, sprinting to cut them off. With the gift of 20-20 hindsight, I might have chosen a different course of action, but at the time, I was very worried that they would be able to get a good angle set up to ambush our slow-moving convoy.

As I sprinted ahead of our column, I rounded a corner and charged right into the ambush. Not my smartest moment, but luckily my bravado outmatched the bad guys’ skill level. As I skidded to a halt in a hail of incoming 7.62 X 39, the Mossberg 590A1 came to my shoulder. I remember the sun glinting off of the gold bead sight and the buck of the gun into my shoulder, but I heard nothing. I was aware of the sound but I don’t remember hearing it. The one-ounce lead slug erupted from the barrel and slammed into the first Baathist, spinning him and throwing him to the ground. He maintained control of his AK, but the next slug caught him in the torso, ending the threat.

As General Mattis once said, “The first time you blow someone away is not an insignificant event.” It’s true. I was slightly overwhelmed by the moment and I fixated on the dying man. Luckily, I’ve been trained by some of the best. That training kicked in and I remembered to assess, breaking my tunnel vision. Not more than 10 yards away, another Baathist was spraying me with wild full-auto AK fire. Once again the 590 came to my shoulder and once again, a Baathist lay dead on the ground.

Before the fight ended, the 590 roared several more times with the result always the same. Mistakes were made and lessons were learned, but in the end, good training and a great shotgun saved my life and allowed me to return home to my family.

I was awarded a Bronze Star with a “V” for the events of that day, but some of my greatest takeaways were a realization that training is the most important thing in a gunfight, and a new appreciation and respect for Mossberg--guns you can trust in a gunfight. I’m looking forward to talking to you about both topics in the future on this Blog.

Jeremy Stafford spent over 13 years in the Marine Corps and Marine Corps Reserve, receiving the Bronze Star with Valor device for combat operations in Iraq. Today he is a full-time sworn Police Officer and currently assigned to the Police Academy, where he develops and updates lesson plans and program curricula. Jeremy is also a regular contributor to various firearms publications and websites, including Guns & Ammo.
See all articles by this author 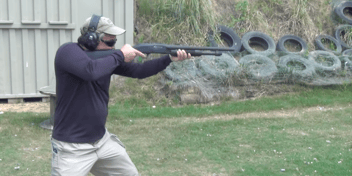 Tactical Shotgun Tip - Customizing the Mossberg 590A1 by TWANGnBANG

Making your Mossberg your own by adding accessories and gear to best suit your style and your needs... 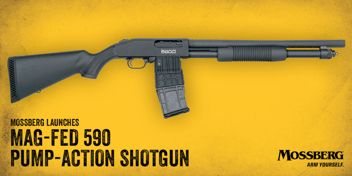