Crow Hunting: Don't Put the Shotgun Up Just Yet 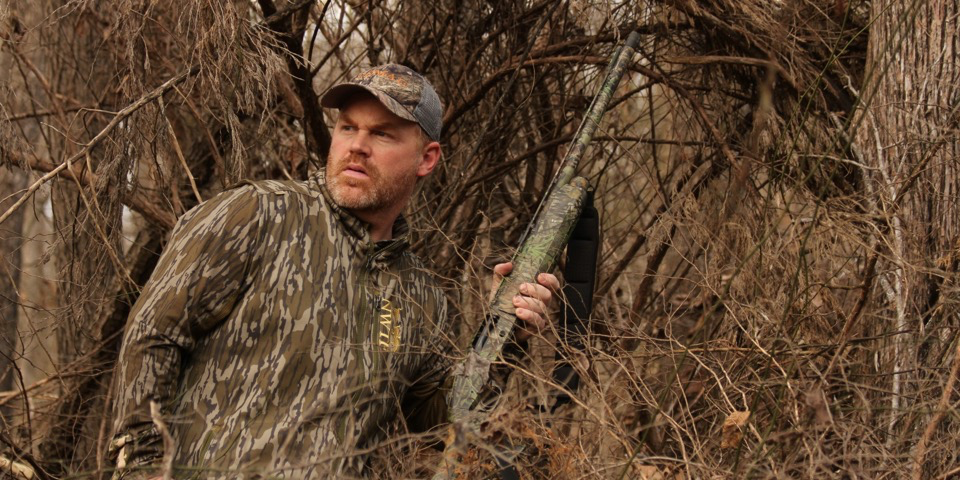 My early efforts at shotgunning crows came more out of frustration at the lack of targets I was encountering throughout waterfowl season. The duck hunting was slim one particular year, and I had an itchy trigger finger. I needed a fix. I soon discovered that cassette tapes featuring crow sounds were available for the Johnny Stewart electronic caller I routinely used for hunting coyotes. 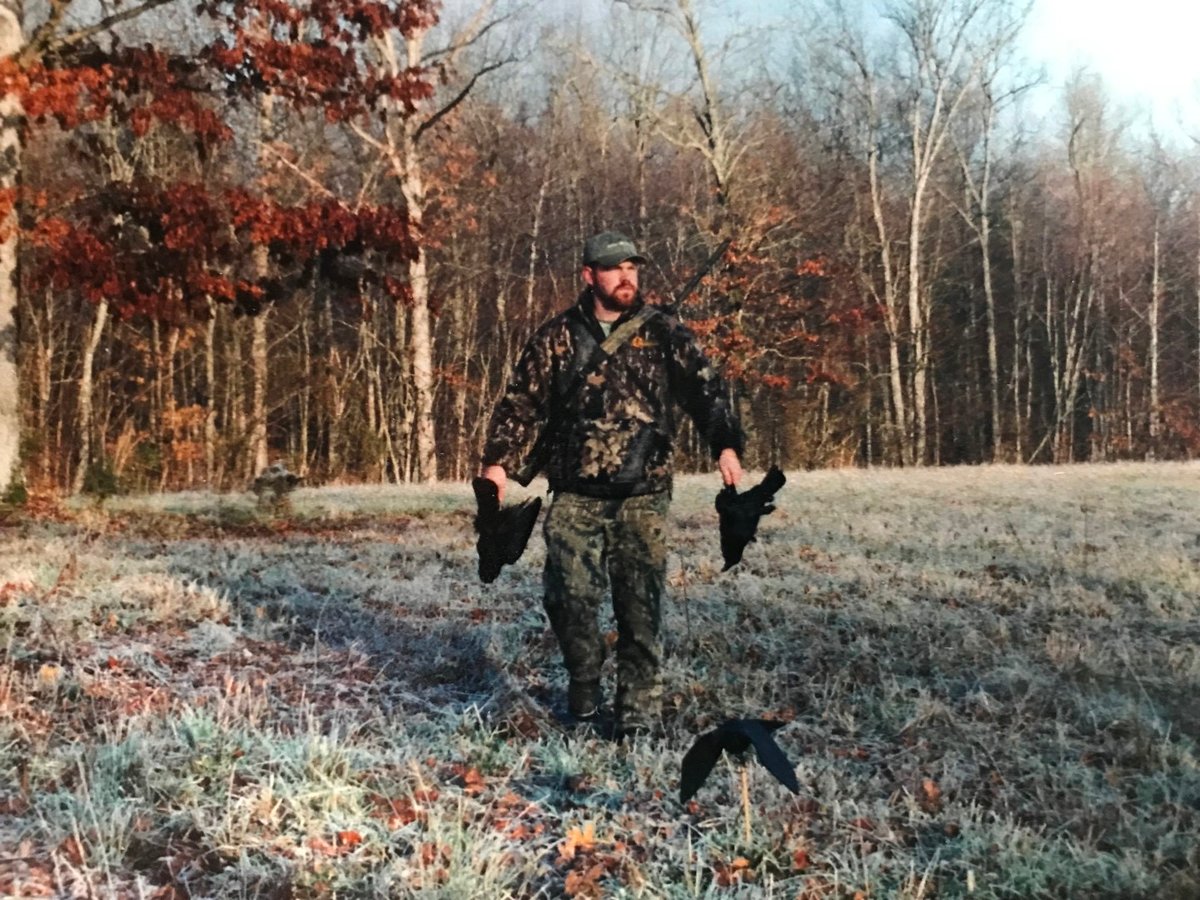 Don't put up the shotgun just yet! Shooting crows may provide some of the funnest hunting of the year.

With a newfound focus, I hit the woods with several tapes enabling me to play a medley of crows sounds. The response was nearly instant. Crows came from near and far. In an instant, I knew I had discovered my newest hunting passion. And while birds did die on that day, I realized I had a lot to learn when it came to crow hunting. Here's a shortlist of the mistakes we made and the quick fix to killing more crows in the hunts to follow.

Be Ready to Shoot

Crows will respond very quickly to the call. We failed to realize just how quick that would be. I remember starting the call as we settled into our spots. I assumed we had time to get things going with the caller as we wallowed out a spot for our hide. Problem was, the crows responded to the calls in a matter of seconds. We were caught off guard, to say the least. Before we could even get tucked in and still, the birds were on us. It was a quick and simple lesson, don't say a word to the bird until you're ready to sling lead. 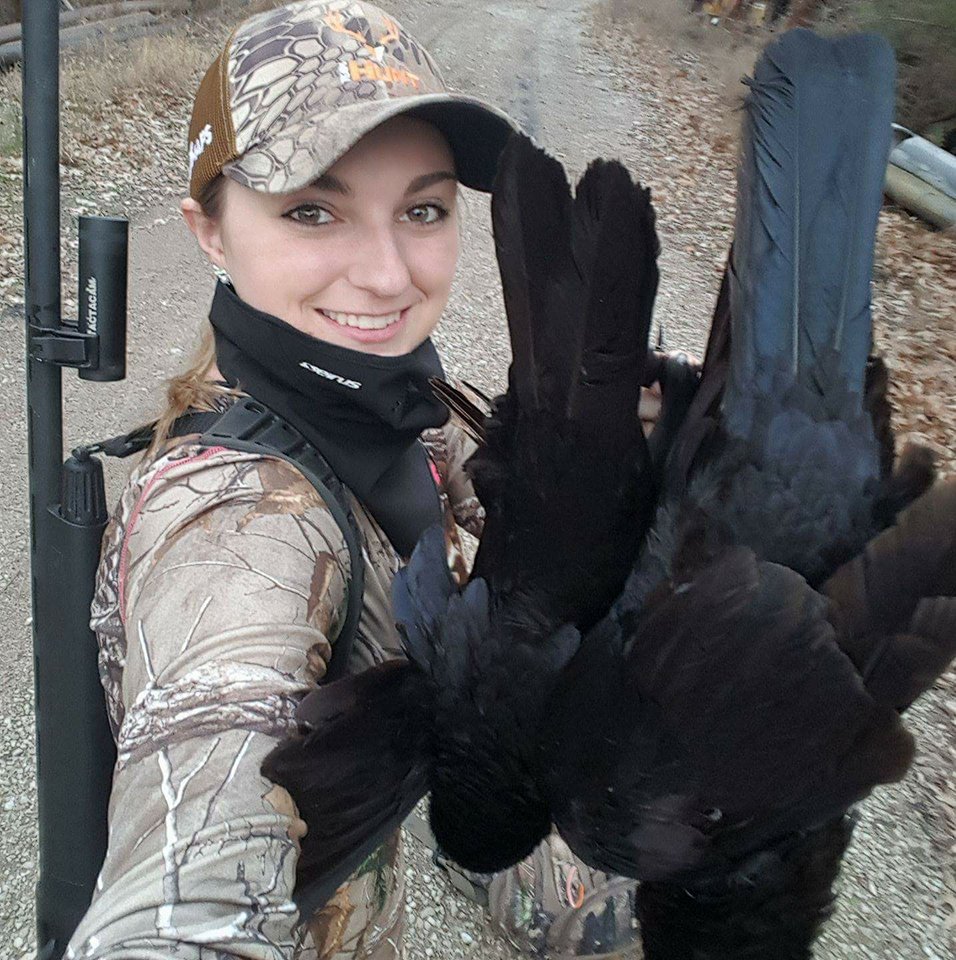 Be ready to go when you crank up the call to avoid getting caught off guard.

Far too many hunters underestimate the eyes of a crow. I was one of them in the early days. Don't make this mistake! Crows will pick you out quicker than almost any animal on earth. A good hide is of the utmost importance. A natural blind, or backing into a cedar tree or pine branches, will go a long way in avoiding the eyes of approaching crows. 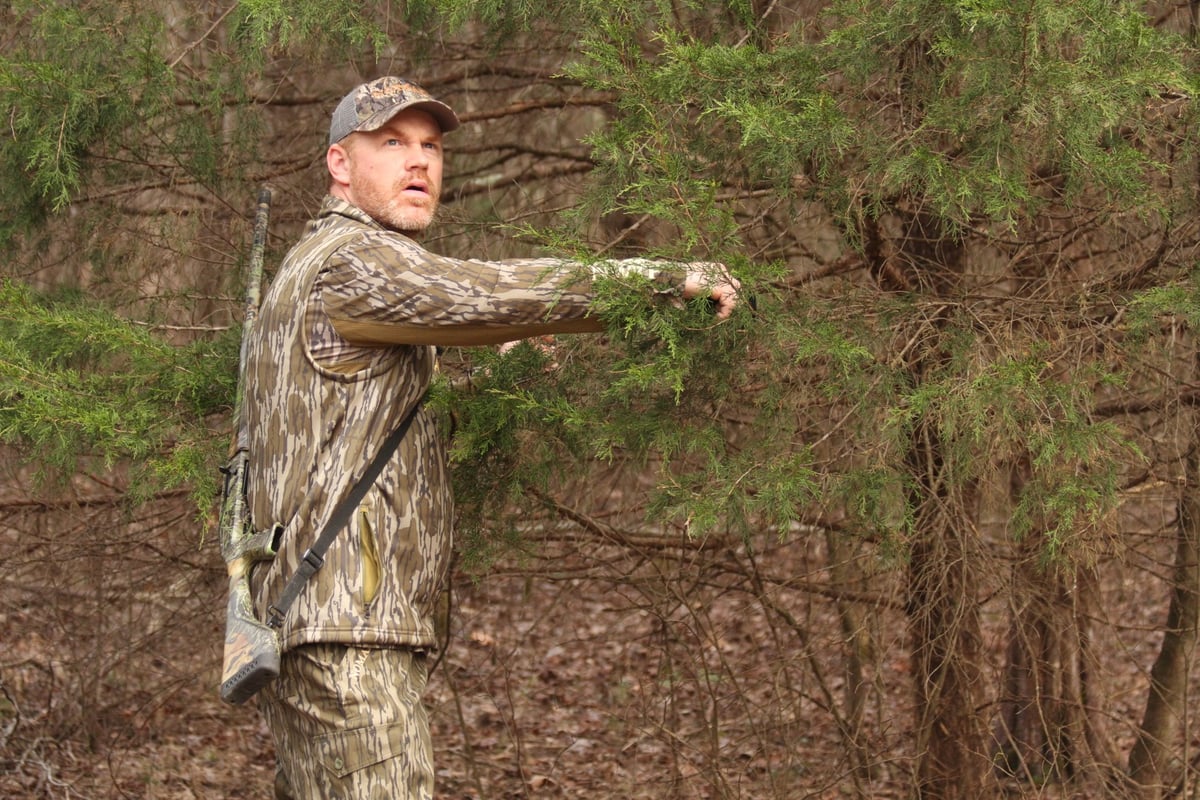 You can back into a cedar tree for concealment. Just be sure you have adequate visibility and shooting opportunity when the birds approach. The author is pictured here with the Mossberg Turkey Gun with pistol grip in .12 gauge.

Yes, wearing camo is a part of staying hidden, but the point of wearing a camo mask and gloves can't be stressed enough. Your face and hands will be the two moving parts of your body, and you can bet crows will pick them out if you're not properly concealed. Camo from head to toe is highly recommended but never forget the gloves and mask.

When calling crows, you'll often have a scout bird approach first. That bird will do a quick flyover and then seemingly leave. I honestly believe this guy is the scout. If all goes well he'll bring back additional birds to investigate the sounds of your call. Be careful how you handle the scout. If you shoot and miss this bird, your chances for success tend to go way down. Again, these birds are wary. Alert one cautious bird and you'll have the whole flock on guard. Kill the scout quickly and stay hidden. The rest of the flock won't be far behind. 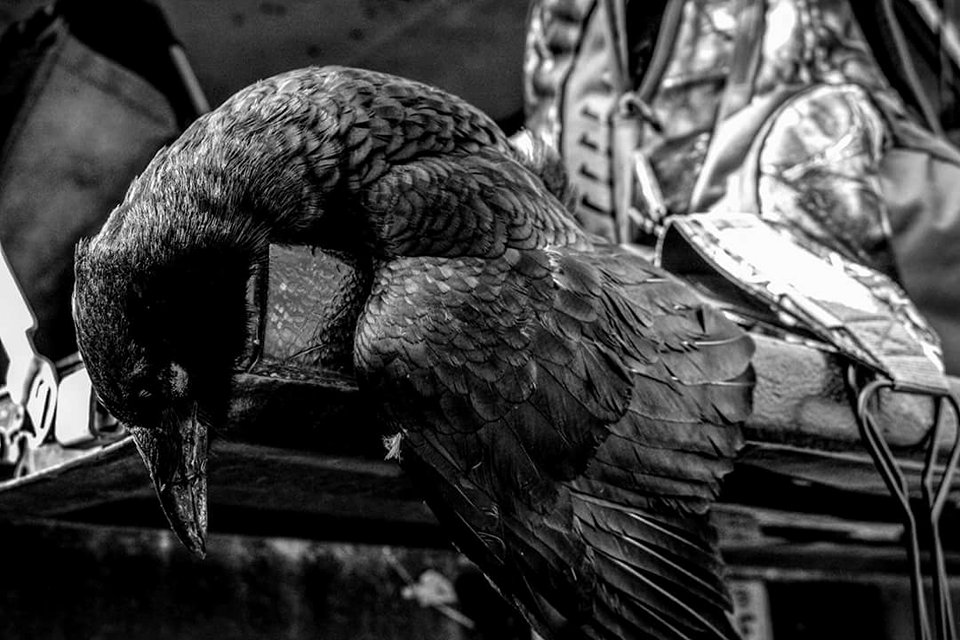 Don't make the mistake of thinking that just any patch of ground or timber will work for calling crows. Sure, you can call crows just about anywhere, but calling - and killing - crows is certainly two different things. To consistently kill crows, hunt from a hide that allows birds to fly lower into gun range. Avoid towering trees and timber that keep crows flying high and well above shotgun range. Look to areas of low growth, brush, standing corn, or young pines. Crows will swoop down lower in these areas to check things out, giving you ample opportunities at crows in your face. 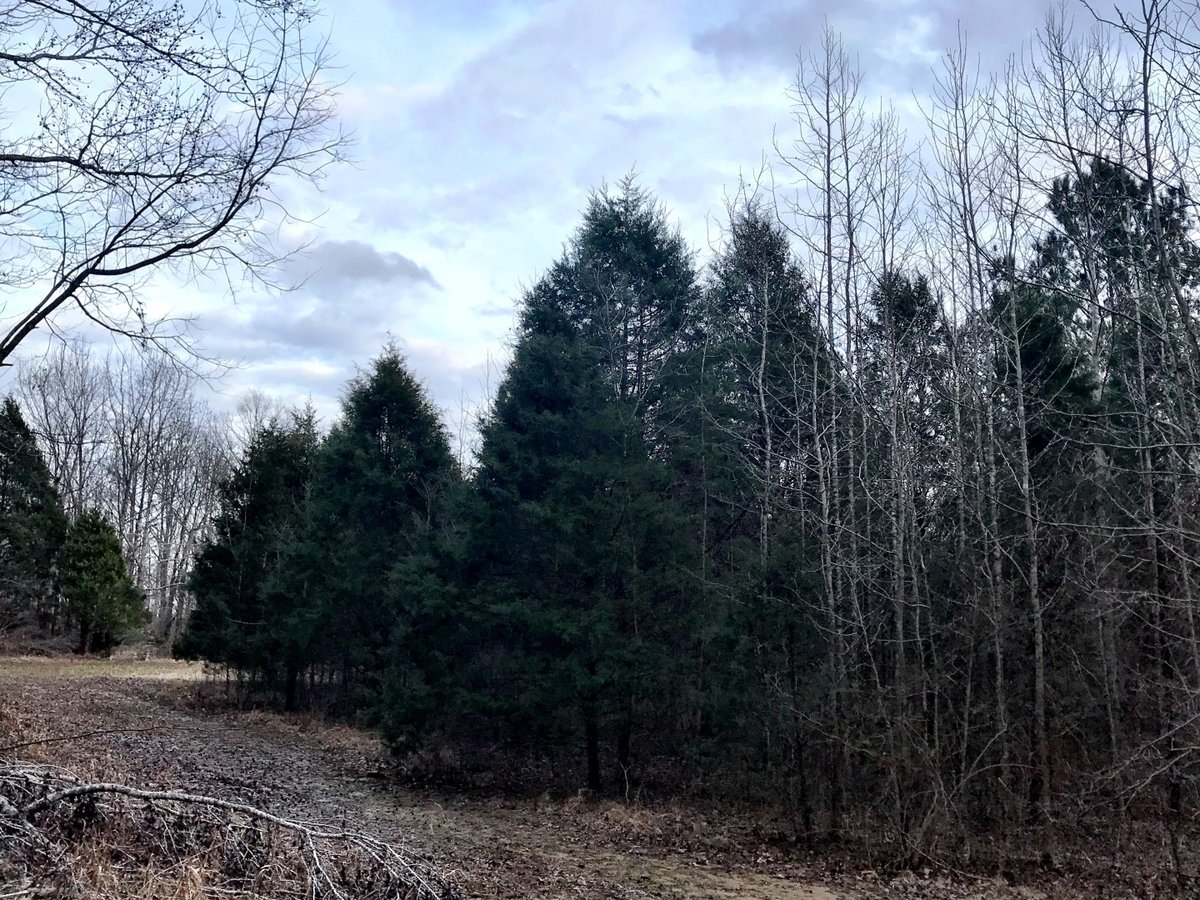 In areas where the landscape permits, I like using a decoy to fool the eyes of approaching crows. Like with most any animal, a decoy serves to paint a picture in an approaching animal's mind, confirming that what they heard is the real deal. And when you add motion to that decoy, the chances for success go through the roof. Decoys can be as simple as black spray-painted 2-liter bottles, or actual store-bought crow decoys available at sporting goods stores. Companies like Mojo Outdoors even offer spinning wing decoys, much like what waterfowlers use with great success. The motion these decoys provide helps take the realism of your setup to the next level. 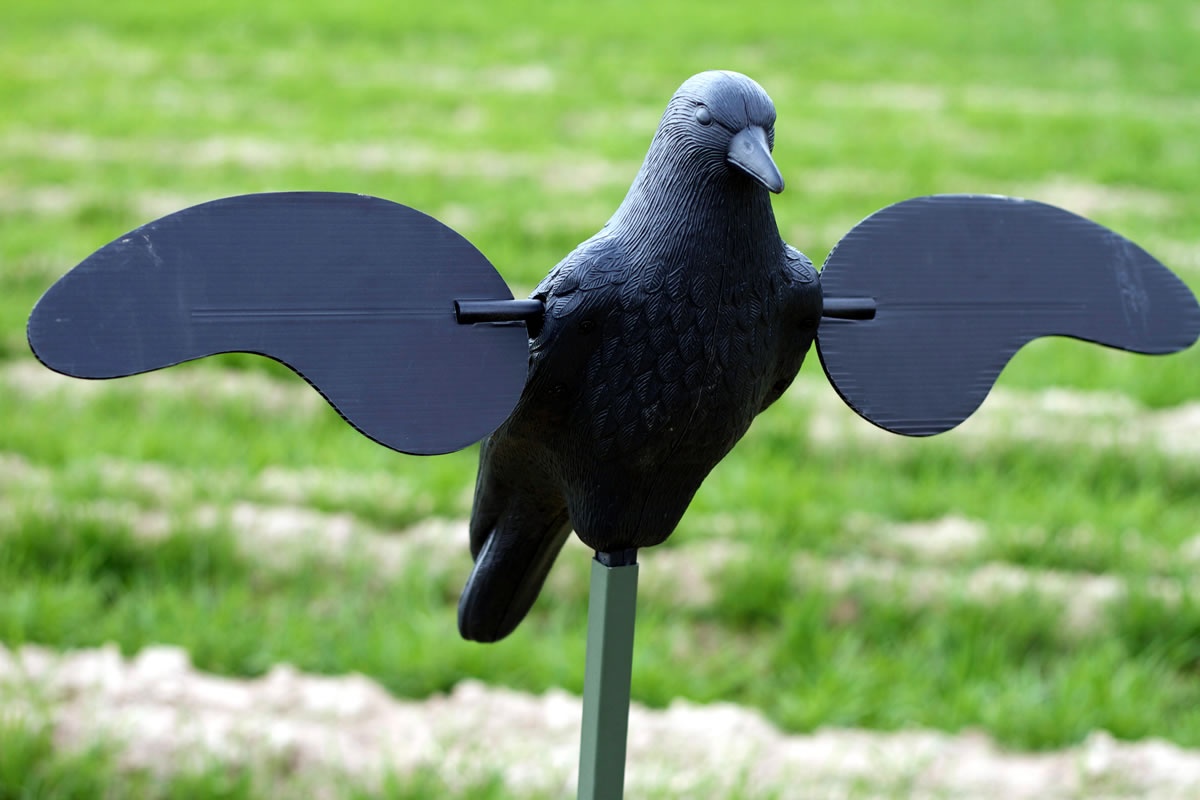 A decoy, like this Mojo Crow, can help put approaching birds at ease and keep them coming back for another look.

USE AN Electronic Caller

An electronic caller is one of the single greatest tools to aid you in your crow hunting success. Hand calls work great and sound incredibly realistic, but they require movement on your part. That movement of the hand and head can be just enough to spook approaching birds. A mouth call also tips the odds in the crows' favor, making it easier for them to pinpoint your whereabouts. An electronic caller allows you to place the sound away from your hide, manipulating approach routes and where crows will focus their attention. Simply put, electronic callers for crows is a genius maneuver that will greatly increase your chances of success. 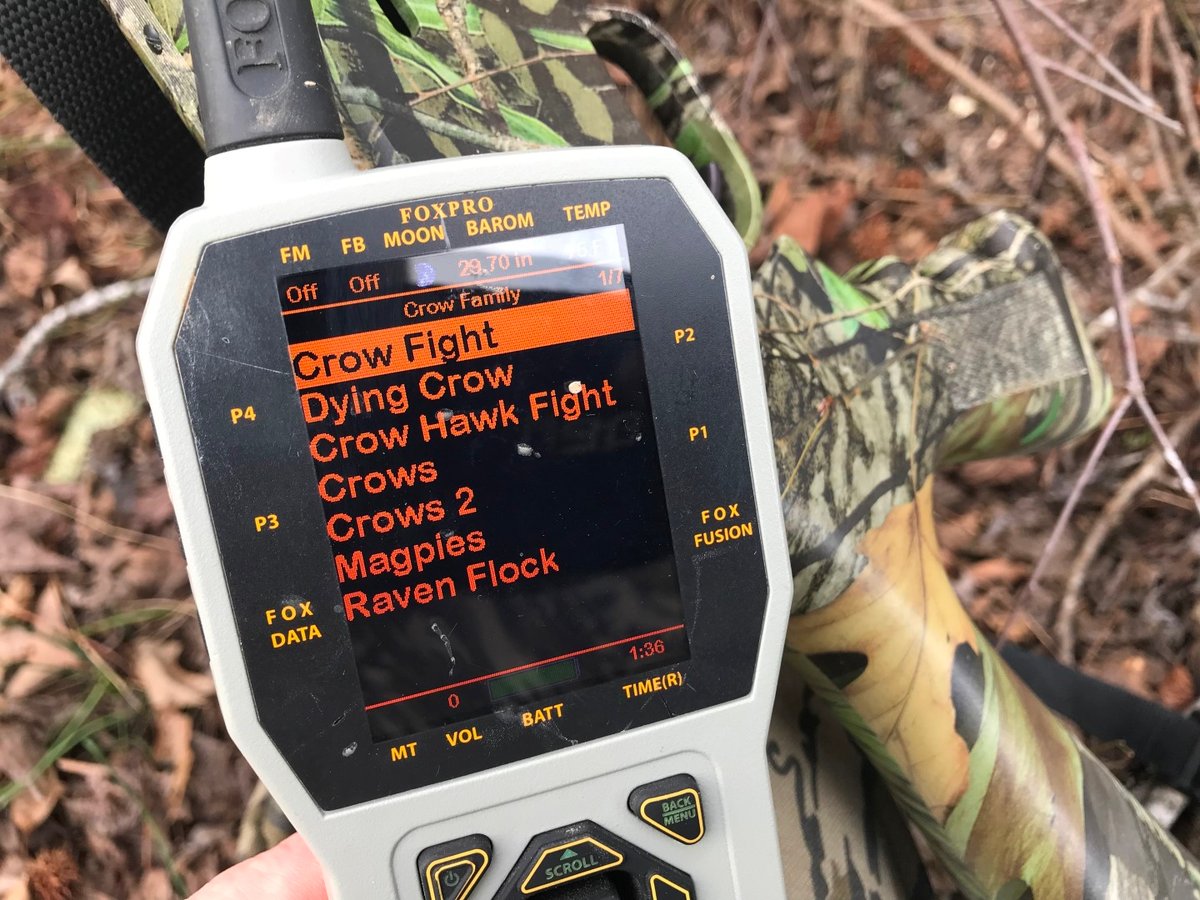 Electronic callers provide a medley of crow sounds that are sure to bring the birds flying your way.

Shotgunning for crows is a blast! It's an addicting shotgun sport that provides fast and furious action to keep you in the game long after other hunting seasons have closed. So if your trigger finger is still itching, give crow hunting a try. It just might be some of your best shooting of the season. 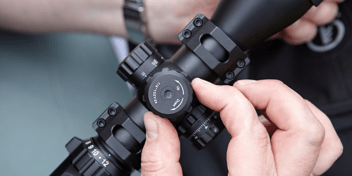 Rifle Hunting: 7 Ways to Get Tuned Up

For many years I followed the time-honored tradition among American hunters of slinging two rounds... 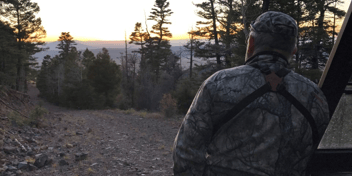 Turkey hunting early season strutters is no doubt a challenge. Today on this segment of Mossberg's... 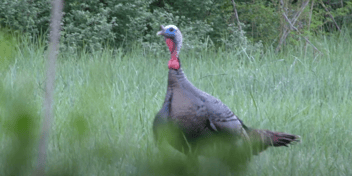 How To Use Owl And Crow Calls For Turkey Hunting

Locating turkeys with shock calls is the perfect way to get a tom to gobble without giving up your...