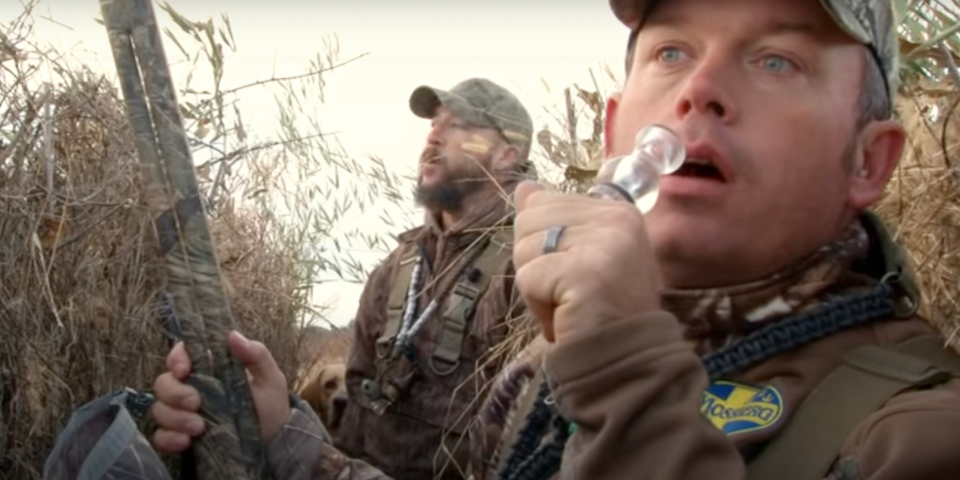 A man can spend a ton of money on duck calls. When you're a beginner, every call sounds great as long as it hangs around another man's neck. I remember how I'd see a guy run an Echo call, and think, "Man I've gotta get that call and I don't care that it costs $150." Then I'd hear a guy blow an RNT a few weeks later and think the very same thing!

The truth is, you can put Derek Jeter's bat in my hands and it doesn't mean anything in terms of my ability to hit a 95 mph slider.

As Nash Buckingham once said, "A duck call in the hands of the unskilled is conversation's greatest asset."

No matter how many ducks calls you to purchase as a beginner, in complete transparency, none of them are going to be easy for you to blow until you simply get more time and experience under your belt.

Having said that, without a doubt there are a few calls you can, and should, purchase that will increase your odds at bringing in more ducks.

Before you and I get to those calls, let me give you a few foundational principles first, because what I'm about to tell you matters every bit as much as the calls you're about to buy.

DISCIPLINE YOURSELF NOT TO BUY A TON OF DUCK CALLS

Don't experiment with a bunch of different calls thinking that somehow you'll land on one that just magically works. I promise you ... that call doesn't exist. Nobody has ever made it. Nobody ever will.

Because a duck call is a musical instrument.

I kid you not. A duck call is not like any other game call out there. A duck call is an instrument. You blow it from the diaphragm. You must master air pressure. It's not unlike much of the same sort of air control I had to master when I learned to play the saxophone. You have to have control and savvy to make it work.

If you will trust me on this one, you'll buy just one or two calls, and when you get pretty good with a duck call, then you can start fine-tuning your search to a call that does work better for your talent.

The best duck caller in the world cannot call a duck to a place he doesn't want to be.

Spend your time learning to hunt ducks and you'll kill more ducks. So very many guys never seem to learn this simple truth.

There is a cold, hard truth that I had to learn most brutally. I put it in a video that has seen over 120,000 views. Watch it ... then come back and let's look at what duck calls you should purchase. 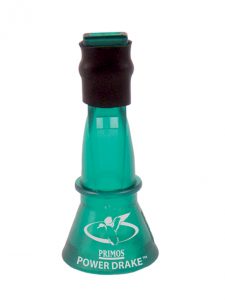 I'm telling you, if you can gently blow this call, and pull a jerk cord, you can straight up kill ducks consistently. There are many brands of drake whistles out there, but I like the Primos Power Drake. For some reason is just projects a bit louder than others.

If you're new to duck hunting, a female is a duck that "quacks." A male does not quack. A male mallard or "drake" makes a buzzing sound.

If you can get that sound down, and it's not too awfully hard, and if you can put a motion on the water with a jerk cord, you'll bring ducks into your hole.

If you want a super quick, super good video on a creative jerk cord, click here

If you're new to duck hunting, there's something else you need to know. As a general rule, a single reed duck call is more versatile as a call, but it also requires much more finesse. Meaning, it's just harder to blow.

A two reed duck call that brings ducks to your hole is a duck killing weapon. And brother you can call that whatever you want. I call it a strap full of ducks and a happy day.

In my opinion, and my opinion is very educated because I was the guy who spent a lot of money on duck calls trying to find the magic call that didn't exist, there is one call I'd start with because it's cheap and incredibly "ducky" in the way it sounds.

And if that doesn't entice you, let me add this to the sales pitch ... I cannot tell you how many experienced guides I've seen that have this call hanging on their lanyards! Why? Because of what I just told you: it sounds like a duck.

The Haydel family has been making this simple, no-frills, clear plastic piece of magic for almost 45 years. The DR 85 is quite underwhelming at first glance.

Here's why you need it: it's very, very forgiving. You can barely blow it and it sounds like a duck.

I don't know that I've ever seen the DR-85 cost more than $25 on any shelf. So you can save quite a bit of money, and have a great duck call on your lanyard.

Now, if you want to get a call that is still a double reed and is a step up, I'd suggest one other.

The Echo Diamondwood And Poly Call

What I love about this call is that is both beautiful and has a touch of class to it. It's a hybrid of sorts in that has a wood barrel, which gives it a soft tone, and it has a polycarbonate insert.

Like most two reed calls, if you blow this call very hard, or as we say, if you "lay down on it" you're going to over-modulate those reeds and it's going to sound awful.

This means that the DNA of the call itself forces you to back off and relax your calling.

I've come to love this call a lot. It's my go-to call on days that aren't too windy.

Yes, it's great for timber hunting, but you can run it in open water situations just fine; situations where a loud, single reed can take the pressure you put on it to run up the volume. You just have to be careful and control your air pressure. 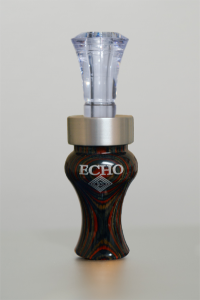 Because this call is wood, you must remember to separate the barrel and insert it to let it dry out because the wood will swell with winter temperatures. This is why many guys prefer a full polycarbonate call. I love the old-school nature of this call and especially the soft tones the wood produces. Therefore I stay with it.

This call will normally be under $70 in most cases.

So to get the math straight, there can and should be (2) calls on your lanyard starting. A Drake Whistle and a Two Reed Call.

And whatever you do ... blow the duck call.

You're never, ever going to call ducks if you're afraid of ruining a hunt. The more you work it, the better you'll get. It's just that simple. 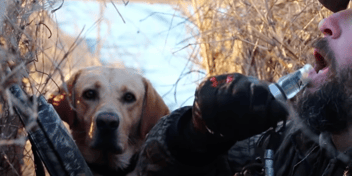 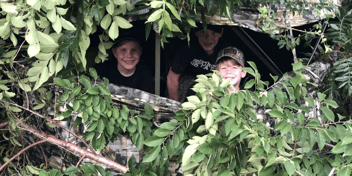 How To Build A Duck Blind On A Budget

Duck blinds can be very elaborate and quite expensive. All duck hunters know that building duck... 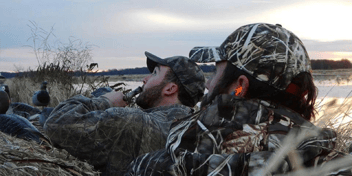 Duck feed calling wasn't that hard to learn in terms of how to call ducks, but there was a simple...