This time of year you see all sorts of late-season deer hunting strategy concepts populating the internet. Many of them, however, are tired and worn out. That is, it’s the same strategies you’ve seen for years in hunting publications just trying to fill up content deadlines. You'll see recurring late-season deer hunting strategies like "Hunt Longer" or "Don't Give Up" or "Play the Moon" and it's not that it's tainted concepts because those strategies are tried and true. All that stuff that does work, but it's well played.

It was a cold December evening. Bluebird sky. Sun going down, and I was seeing nothing. Problem was, I knew that wasn’t normal because this farm was loaded with deer. So, I decided to walk. I weighed the risk in my stand and came to a simple conclusion. I figured that I was already seeing nothing, so what’s worse than that, right? I got down from my stand with a simple plan: I was going to take a real risk in the last 30 minutes of the hunt.

I knew that 3 fields were connected by what we refer to in the south as a “logging road” which is a simple 2-track path around the property.

Take a look at this image. It's the old farm where I started deer hunting and where I killed the first whitetail buck I'd ever seen in the wild 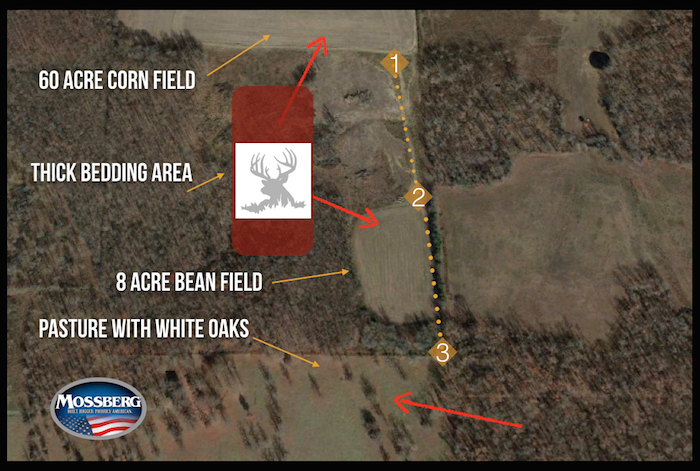 What you have is a huge crop field to the north. It was forever a place to ambush deer, because to the immediate south, and the immediate west, you had two huge bedding areas that I never would attempt to hunt. Even at 16 years old I knew better than put that sort of pressure on the resident whitetails.

To the southeast of the big crop, the field was a small bean field. And, just past that to the south was a huge pasture that was full of sporadic, old White Oak trees. My plan was simple: walk that logging road fast and furious as I bounced between those 3 vantage points. The amazing aspect of this thing was that you had incredibly good cover between the 3 vantage points (shown by the numbered diamonds), and the road itself stayed a bit muddy so it was quiet. On that first attempt, I started at #3 on the map and worked my way north along the road. As I came up to the #3 vantage point, there was a decent 8 pointer on the edge of sagebrush eating beans with a few does about 100 yards away. It was his last meal!

At that point, I had all the evidence I needed, because I was pulling out my knife only 6 minutes into this little venture. The sad irony of it all is that I'd have left that day never knowing that deer even existed, because, up until that point, I'd have stayed on my stand until dark.

With each approaching late season, I knew that moving around during the last 30 minutes of light would pay off again. So, my typical late-season deer hunting strategy became a methodology where I would position myself at #3 or #1 in the last 45 minutes of light. I would hunt the vantage point for about 7 minutes, then move quickly to the next point on the path. Be there for about 7 minutes, then move to the last one on the road.

When legal shooting light got to be about 15 minutes from expiring, I’d speed it up. I would walk to one vantage point, glass it for 2 minutes, and move down the road. Doing this until I was out of light. I cannot begin to tell you how many deer I encountered, and killed, over the years working this little method out to perfection.

Granted, it goes without saying that the property was laid out in such a way that it allowed me to pull this off virtually undetected. Yes, there were times I’d bounce into a vantage point and there’d be a deer already out in the open that had just emerged from the bedding area. Yet, for every 1 deer, I spooked each season, there were 30 that never knew I was there throughout a season. My encouragement to you about late-season big buck strategy, or just late-season deer hunting strategy in general, goes back to a simple principle I learned on that first day when I was sitting on a stand seeing nothing: when you have nothing in the bag, how can failure be any worse?

Do something. Take risks in the late season.

Maybe your property won’t allow you to bounce between fields. Then to avoid noise from a tree climber, try and hunt from the ground as you slip deeper into the edge of a bedding area. Hunt the middle of the day if you’ve never done it. Hunt in the rain instead of staying home.

I kept those antlers by the way. 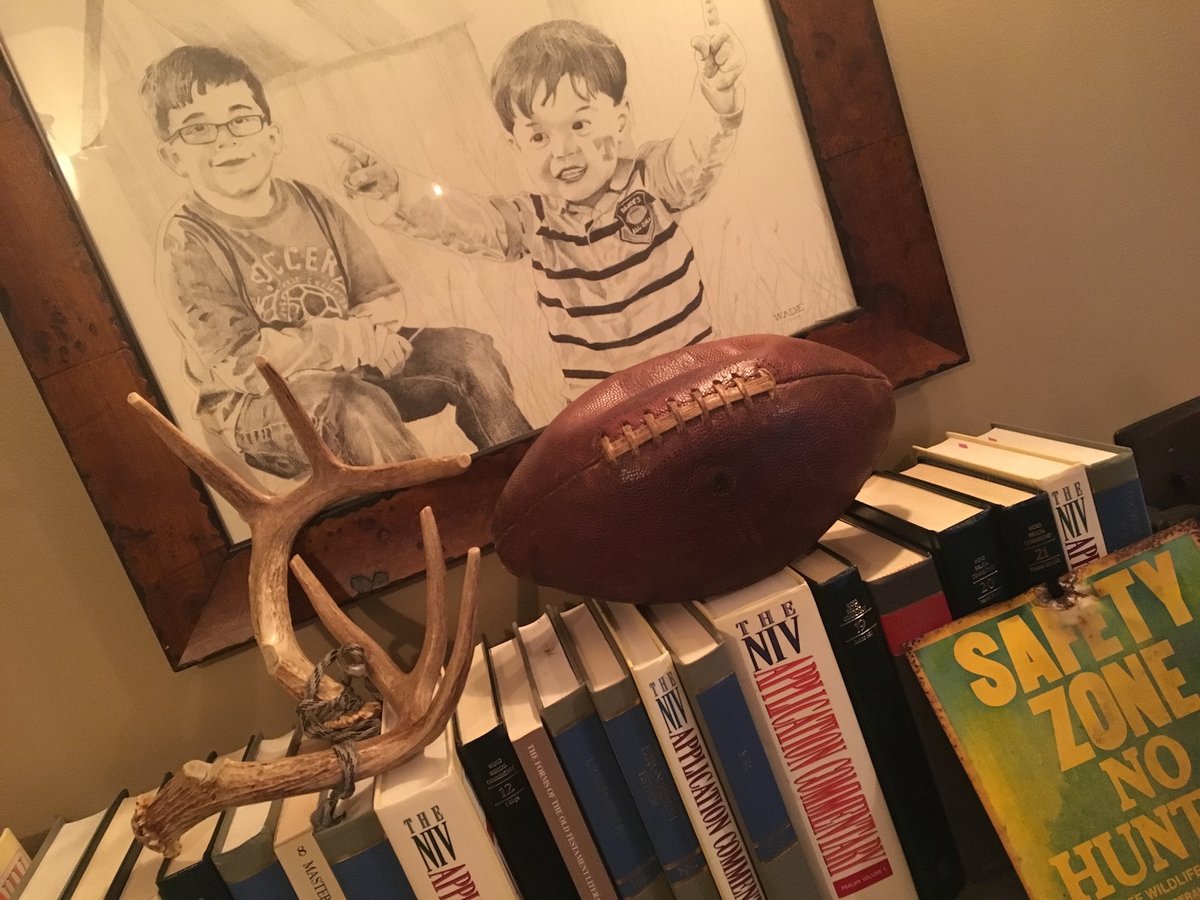 Every time I think back on that hunt, it's a simple reminder that in life, fear of failure is an act of failure itself. That hunt taught me, at a young age, that I'm just going to have to take risks if I want any measure of success at all. No, you cannot get over-aggressive all season long, but in the last week or two of the deer season, you’ve got nothing to lose and antlers to gain. 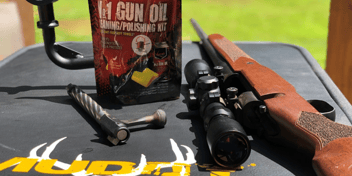 The smoking hot days of summer are finally here. With temperatures rising and the mosquitoes... 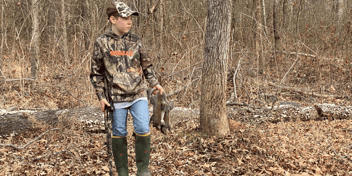 Long before the popularity of deer and turkey hunting boomed across the country, there was squirrel... 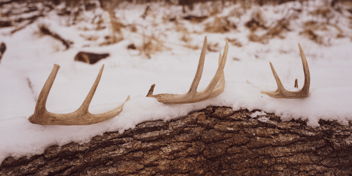 How to Find More Shed Antlers on the Properties You Hunt

Looking for shed antlers is quickly becoming one of the fastest-growing hobbies among outdoorsmen...