We love antelope hunting. Love it. There is something to be said for being able to hunt all day and the fun of never knowing what you might see.

Antelope hunting provides both of those.

While my husband and I are saving points for solid trophy units in Colorado, we opted to purchase a couple of over-the-counter ewe tags for the late season. We chose an area on the eastern plains of Colorado and had not hunted there before.

We looked forward to checking out some new options and some different hunting. We had no other big plans for early December and decided to go for it.

I had done some investigation into the units and according to the map I was studying, there were a number of Colorado State Trust parcels intermixed in with ranches.

There was also a sizable State Wildlife Area in the region.

We knew the likelihood of a successful hunt was small, but we were willing to go and experience it.

On the 6-hour drive east, I decided to look at my OnX Map as I had only been looking at a paper map previously. What I discovered was this… the Colorado State Trust areas on the paper map did not note that they were no hunting access parcels… a fact we discovered on OnX.

That seriously limited our prospects.

We considered heading home but decided to see what we could make happen. The following morning we opted to hit it early and get to the State Wildlife Area.

We suspected there would be other hunters there, but hoped the wind and recent snow might keep some of them at bay. We were wrong.

What we found was essentially 1 hunter every quarter mile and nary an antelope to be seen anywhere. And believe me, it’s so flat out there we could see past Kansas.

We had two options. We could pack up and head home. We could drive around the unit just to get the lay of the land and see where the goats were.

We opted for the latter figuring it would at least be an adventure. It was cold, it was windy and the truck was warm. What did we really have to lose?

It turns out you can indeed make lemonade from lemons if you get creative. As we drove down county roads and remote access points, we were finding antelope. Lots and lots of antelope.

Not to mention we saw some nice muleys and lots of turkeys. As we were fiddling with the OnXMap, we remembered that you could see the name of the landowners.

Since we had a lot of time, good cell service, and nothing to lose, we started to look up the phone numbers of the landowners.

It was now late in the afternoon but we went ahead and started making some phone calls. Again, we had nothing to lose.

We made contact with a couple of landowners who were currently leasing out their properties for grazing.

One sweet woman, in particular, gave us the phone numbers of the leaseholders and explained how they split the property. We made the calls and left messages.

Needless to say, we didn’t get any callbacks in time to finish out the hunt for that night and we had to leave in the morning.

However, we were surprised to get a call back from one of the leaseholders who was very kind and accommodating. While it didn’t help us out on that particular hunt, we now have an option in the region for next year. And THAT made the trip worthwhile!

I did have a couple of takeaways on this hunt.

Pitch the paper map and look at the OnXMap for better detailing of land use.

I am unclear how the State of Colorado justifies State Trust Lands purchased with taxpayer monies that are not accessible. I have been trying to read up on it, but still can find no explanation. But at the end of the day, it is the hunter's responsibility to understand the land use laws.

The other takeaway was not to give up altogether.

We didn’t harvest anything, but we now have some great options in the future. So, take those lemons, look for some potential. If you can’t make lemonade, maybe you could make some lemon meringue pie.

From Tundra to Table - Quick and Easy Ptarmigan Pitas!

Some beautiful ptarmigan breasts and our ingredients on standby! Hunting is my passion, for sure.... 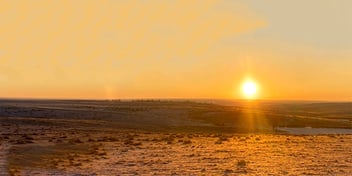 We love antelope hunting.  Love it.  There is something to be said for being able to hunt all day... 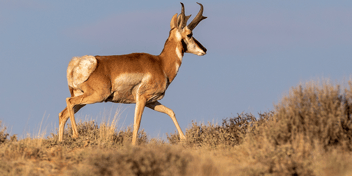 Last week I had the great opportunity to join some friends on a late-season antelope depredation...