Shotgun Safety Is More Than Just the Basics 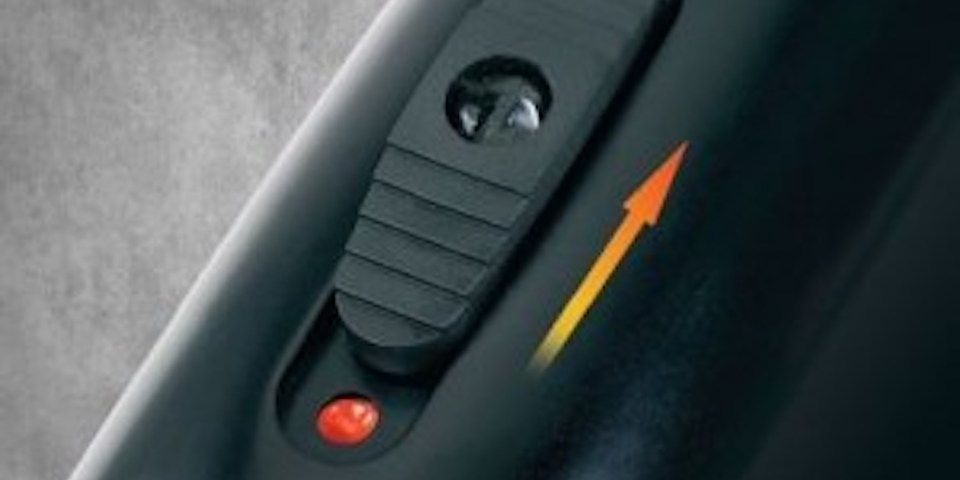 Whether you are a hobby shooter or someone that carries professionally, chances are you’ve been exposed to the rules of firearm safety. While these rules provide the foundation for firearm safety, real safety is more than just rules - it also involves equipment that is engineered and designed to be safely operated.

In a perfect world, on a perfect range, with a warm sun and puffy white clouds in the sky with level ground and nobody trying to kill you, ergonomics and designed safety features don’t matter. It’s when things are going poorly that built-in safety features become a big deal. That’s why I prefer the Mossberg line of shotguns on a fighting platform, with their signature top-mounted safety. 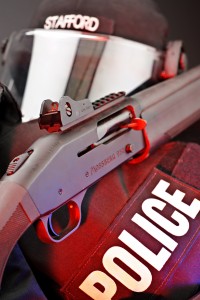 As I’ve talked about in previous posts, the ability to manipulate the combat shotgun under stress is key to being successful in any fight involving the shotgun. Shooting, moving, reloading, and engaging targets from a position of disadvantage - whether that's surprise or distance, or even body position - are all part of the tactical puzzle that you are going to have microseconds to solve.

The ergonomic, top-mounted safety switch on the Mossberg prove to be crucial for several reasons, namely:

If your trigger finger is busy disengaging the safety, it can’t be doing its most important function: pressing the trigger! Sure it doesn’t take long to move the finger from the receiver to the safety to the trigger, but it does add time, and time is something that you may not have the luxury of in an actual fight. With the Mossberg, the safety is disengaged efficiently, without having the trigger finger travel anywhere but from the receiver to the trigger. The only lag time is the time that it takes to bring the shotgun to target and to focus on the sight.

The shooter does not break their firing grip on the shotgun

Regardless of hand size, every shooter can maintain a positive fighting grip on the shotgun regardless of which manipulation they are performing. These small efficiencies add up to a very real-time advantage and time, or tempo, wins fights.

The ergonomic position of the action release (the button that allows the slide handle to move without the trigger being pressed) eases administrative tasks. That is to say, the tasks that are necessary to get the gun ready to fight or to render it safe, but do not occur during the actual fight, such as loading and unloading.

Performing those administrative tasks is also where agencies (both Law Enforcement and the Military) have seen a large number of negligent discharges. With the position of the Mossberg safety, there is no rolling the shotgun over to visually verify whether or not the safety is engaged, it is right in front of the user's face. This is helpful when the user is tired of the lighting isn’t the best or even if the user has become complacent. It’s impossible to not see it.

Another beneficial design element of the Mossberg line of shotguns is that they allow the magazine tube to be downloaded with the safety on and the slide handle closed, which also helps since around can’t be inadvertently cycled into the chamber. Again, not something one thinks about while initially looking at features, but if you train enough, it matters.

Safety is everyone’s responsibility, but as an instructor, I take it personally. It’s good to know that the company designing my shotguns takes it as seriously as I do.

Jeremy Stafford spent over 13 years in the Marine Corps and Marine Corps Reserve, receiving the Bronze Star with Valor device for combat operations in Iraq. Today he is a full-time sworn Police Officer and currently assigned to the Police Academy, where he develops and updates lesson plans and program curricula. Jeremy is also a regular contributor to various firearms publications and websites, including Guns & Ammo.
See all articles by this author

A Woman's Take on the FLEX Shotgun

As a part of the Mossberg Marketing team my tasks are usually kept to tactics and strategy from...

How to Install The FLEX Stock Adapter 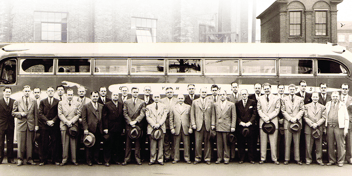 Since 1919...A Look at the Storied History of Mossberg

On a trip to Mossberg’s headquarters in North Haven, Connecticut, we stopped at security to get our...